A shoulder support equipment called Str8-n-Up Shoulder Support was created by Virginia Redmond, a resident of Houston, Texas. The entrepreneur’s company has been in operation in Houston since 2010. Str8-n-Up shoulder support appears to be a tiny firm with Redmond listed as the CEO and two account managers.

This gadget is used to remind people to maintain good posture. It pulls on the shoulders whenever you begin to lean forward and slouch if worn properly. The tug is gentle and reminds you to “Straighten up.”

Exactly what am I getting?

The support comes in two parts: a stretchable band made of 88 percent Nylon and 12% Spandex and a buckle constructed of polymer plastic. Overall, the appearance of this product is quite essential.

The main cloth portion is actually two layers of spandex fabric stitched back to back. The loop is built by sewing the ends together to create an infinite loop. The length and width of the (large size) product are 7′’ in width and 26.5′′ in length when flat and not stretched.

The buckle is composed of a tough plastic and measures 3′′x 3′′. It has a divider down the center that allows you to feed the cloth underneath and over. I received an Str8-n-Up shoulder support with a square buckle, whereas it appears that earlier versions had a more rounded buckle in the shape of the number 8.

The buckle’s design apparently changed recently, with the current version shown above being swapped in place of the original sparkly “figure 8” hard resin buckle. They also upgraded the material from a resin to a more durable polymer, making it considerably more robust.

That concludes our discussion. There is nothing more to it.

Str8-n-Up shoulder support should be worn for at least 30 minutes each day to retrain your muscles. The aim is to develop muscle memory by reminding you not to slouch.

It can be worn for longer periods of time, but it isn’t designed for continuous usage. Manufacturers of posture support/brace often advise you to use their equipment for only a few minutes each day, and there’s a reason why. The goal is to retrain your muscles, not to take over their function. Using any assistance for a lengthy time may actually cause your muscles to weaken and develop into poor posture.

According to the manufacturer, this product should only be worn over short-sleeve or sleeveless clothes.

Putting one on takes only a few seconds after you’ve gotten used to wearing one. Here are the steps to follow:

The story of Virginia Redmond

Virginia Redmond’s career path in the clavicle support industry is a fascinating one, and it is a story that millions of Americans can identify with.

Her boss informed her that she was being laid off just as the US recession began to take hold. She had spent many years as a graphic designer and knew how difficult it would be to find new employment when she faced off with not only recent college graduates but also former coworkers who had just been laid off.

She spent every working hour hunched over a computer for the next several months, uploading resumes and completing job applications. The strain of being unemployed and bent over a computer all day can negatively influence one’s health. After several months of the same routine, she began experiencing frequent headaches and muscular pains.

She went to the doctor concerned about her health. She was confident that something was wrong, as she described her symptoms to the doctor. Fortunately, it turns out that the problem was only due to poor posture. Why does poor posture cause so many problems? On the other hand, poor posture might induce breathing difficulties, back discomfort, headaches, tiredness, and a variety of other issues.

She began her search for an answer after determining that her posture was to blame, and she set out on a quest to discover a product that might help her get rid of the agony she was experiencing. She had no idea that her trip would eventually lead to forming a new business idea, which would help pay for her household.

Redmond has always had a passion for entrepreneurship. Her parents were immigrants who arrived in the United States in 1968. She attributes her creativity to her parents, who were very resourceful and constantly created something with their hands. Redmond has always aspired to be the “next big thing” since he was young. She has been tinkering with various devices since she was a kid—until now.

She looked high and low for a shoulder brace that would assist her in keeping her shoulders back. Also,she discovered that whatever was accessible was either too costly, looked uncomfortable, or resembled a medical device. She then made her own posture brace by stitching different sorts of materials together. Her family initially brushed her creation aside as just another of her ideas, but they quickly recognized that it might be quite beneficial.

In January of 2010, she got a notice from the US patent office notifying her that her new device, the Str8-n-Up shoulder support, had been granted patent-pending status. The company was launched and the rest, as they say, is history. Since then, her product has been featured on Dr. Oz, The Today Show, and Chiropractic Economic Magazine has chosen it as a unique product. 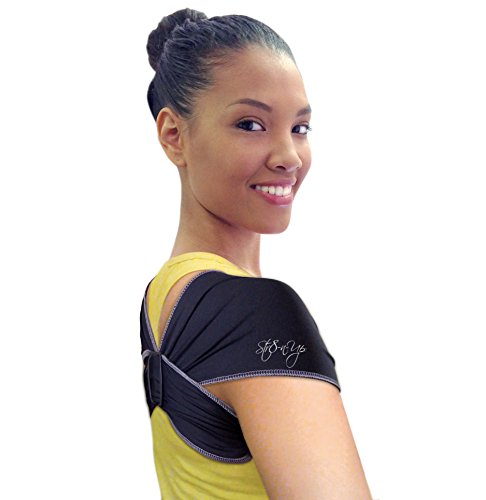 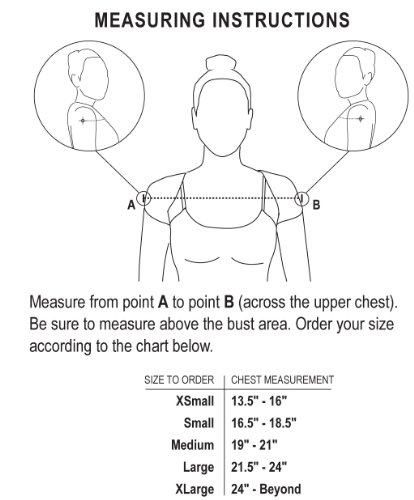 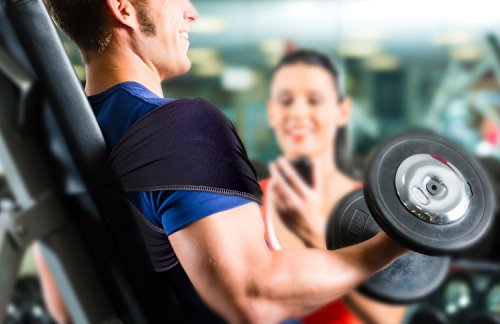 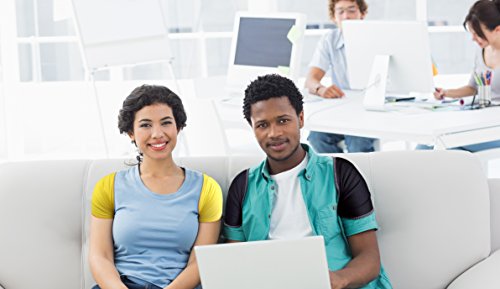 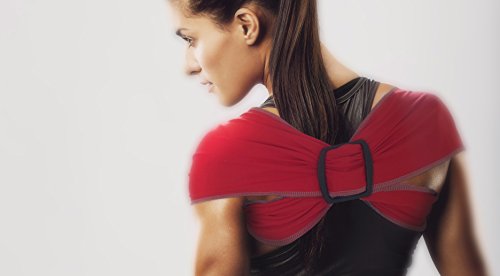 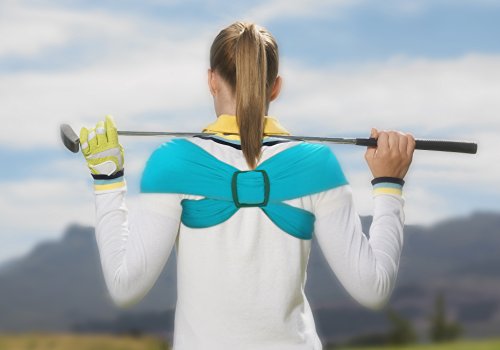 The Str8-n-up shoulder support comes in five different sizes, with each size measured from the outermost edge of each shoulder.

As far as color is concerned, you may select from the following hues:

There are two distinct price points for this product.

For one support, expect to pay approximately $44 to $51, depending on the shipping method. This price range is lower than comparable performing supports.

My review of the Str8-n-Up shoulder support

The Str8-n-Up shoulder support came in a neatly packaged retail box with all the necessary accessories and instructions. After removing it from the box, I took off the buckle to inspect the support’s design.

I was rather surprised by how simple the design is. It’s a 7″ dual-layer of Nylon/Spandex that’s been stitched into an infinity loop. The edges are neatly stitched with silver thread, giving the garment a polished appearance. Around the shoulder region, the words “Str8-n-Up” are written in tiny lettering. The buckle is once again quite basic in appearance.

Despite its basic appearance, I remained hopeful about this product. Is it better to be simple if it works? After all, even if the wheel is a simple structure, it is considered one of the most significant inventions in history.

When I tried mounting the Str8-n-Up shoulder support (without first reading the instructions), it turned out to look like someone had attached a rope around my neck and shoulders. When it comes to obeying directions, I am your average guy. I laughed at myself for a moment before giving in and carefully reading the directions.

“Wow, so you turn the support buckle to the middle of the shoulder blades and draw out the band, which is then cupped over your shoulders.”

After following the manufacturers ‘ instructions, I had it securely fastened to my body.

I was curious to see if I could change the band tension by removing one arm and twisting it or two. When I tightened the support, I noticed that there was too much resistance on my shoulders. I decided to install it as originally intended in the end.

At home, I used it while watching TV. It was worn beneath a tank top shirt.

I immediately noticed the benefits of Str8-n-up’s posture realignment after I applied it. The shoulder cups applied gentle backward and downward pressure, which I could feel like the release of built-up tension in my neck. The majority of supports pull back on the shoulders, but only a few accomplish truly bringing the shoulders back and down, such as the Str8-n-up. This product’s downward action is unique, as it gently stretches out tight neck muscles.

As for assisting with my posture, I felt a faint “tug” as soon as my shoulders began to descend. It was not a forceful yank but rather a reminder to straighten my shoulders.

As I brought my shoulders back to the proper shoulders forward posture, the sensation of resistance faded.

The material was quite soothing to the touch. It was so gentle that I forgot to take it off after 30 minutes of usage.

At the Office & Gym

For the next two weeks, I kept it on while working at the computer. The Str8-n-Up shoulder support was great yet again, providing a gentle reminder to keep my shoulders back while relaxing tense neck muscles. Although it is recommended that you wear the support for 30 minutes each day, I would frequently leave it on for an hour or more because I would forget about it.

I wore it to the gym while hiding it beneath a loose-fitting shirt. It was not at all restricting, and it worked okay until my exercise heated up. The shoulder cups kept slipping up whenever I lifted my hands or moved them quickly. It’s unnecessary to emphasize that it isn’t meant to be worn while engaged in rigorous exercise.

They would have to be straightforward, efficient, and inexpensive to describe the Str8-n-Up shoulder support in three words. The company lives up to their word as this assistance may be utilized to assist you in retraining your muscle memory by reminding you not to slouch. The downward resistance aids in the alleviation of tension in the shoulders as a result of strain. It’s very pleasant to put on since it is made of a soft spandex. This is one of the shoulders supports that isn’t overly tight and doesn’t leave red marks on your skin after usage.

It has been highlighted on two national television programs, chosen as a product of the week by numerous chiropractors and massage therapists across the country, and praised by numerous customers.

As with any other posture support or posture brace, your posture will improve as you retrain your core muscles over time. Wearing it for just 30 minutes each day is simple to do and doesn’t require a great deal of commitment.

It’s great to wear while working at the office, watching television, or playing video games at home. I’d advise against wearing it while engaging in a high-intensity exercise like running or weight lifting. The armbands will fall off your shoulders, rendering them useless.

The ladies could easily wear the Str8-n-up shoulder support anywhere, and being fashionable is not a problem at all. As a guy, I find that wearing this support under my clothes in public is more comfortable.

Overall, this device provides a no-frills solution that is both simple and efficient. I would suggest it to anybody, particularly those who spend many hours in front of a TV or computer screen.

Do You Still Need Help Selecting a Posture Brace?

There are well over 100 different items available on the market right now, including posture supports and resistance trainers, biofeedback clothing, and other equipment. With so many to select from, selecting one that fulfills your needs may be challenging.

I compared the most popular posture braces to create this Posture brace comparison table, based on comfort, efficacy, and innovation criteria.

Cincher Back and Posture Support